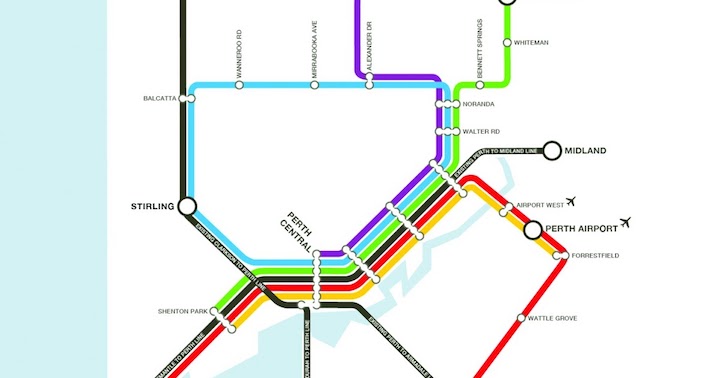 The WA Government has today submitted two METRONET rail projects to Infrastructure Australia for the Joondalup line extension to Yanchep and the Thornlie Line Extension.

Population growth and job creation are the primary reasons for the projects which  will be delivered over a four-year period. The Joondalup Extension will be 13.8 kilometres with stations at Alkimos, Eglinton and Yanchep, and the connection between Thornlie and Cockburn stations will be 17.5 kilometres new stations at Nicholson Road and Ranford Road in Canning Vale.

Premier Mark McGowansaid that the project represents oneof the most ambitious public transport initiatives in WA.

"This is a plan that will revolutionise travel in Perth while creating countless jobs and apprenticeship opportunities for Western Australians," he said today.

The METRONET team will soon be issuing its first two tenders, to assist with the business cases and Project Definition Reports for the proposed Karnup Station and bus depot, along with the new Midland and Bellevue stations.

Further requests for quotations and tenders for other elements of METRONET will be released progressively over the next 12 months.

Metronet news related to the WA budget can be viewed here.

For all current, future tenders and awarded contracts in Western Australia, you can subscribe to Australian Tenders for as little as $39 a month.