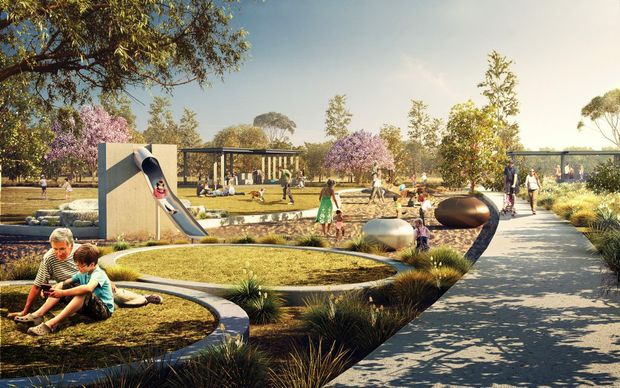 Queensland region has plenty to be excited about this start of the year as Rockhampton and Yeppoon regions are expecting major commercial and residential building projects.

In early January 2017 tenders were released for works for Kershaw Gardens. The redevelopment comes after the area was devastated by Tropical Cyclone Marcia in 2015. The Kershaw Gardens Concept Masterplan was adopted by Rockhampton Regional Council as the basis for the redevelopment vision and is the primary source of the future planning.

The $11 million Kershaw Gardens upgrade was a joint funded project between council and the Queensland Government's Building our Regions program. Kershaw Gardens has undergone rectification works to the northern and central sections. It is expected to be completed around May 2018.

The revamped gardens will include a water play area themed around the Fitzroy River; exciting playgrounds for all ages including nature play area, a modern monorail and free Wi-Fi among many attractions.

The Yeppoon Foreshore Lagoon Precinct project is another highly anticipated project set to be delivered in 2018. The building is under construction and will overlook a swimming lagoon as part of the Yeppoon Foreshore and Town Centre Revitalisation project.

In May 2017, cnstruction had started on the $53 million Yeppoon Foreshore Lagoon Precinct development

Restaurant and bar tenancies will be available from March 2018. Interested business operators are encouraged to lodge their expressions of interest this month, by 17th January 2018.

Lagoon Precinct offer locals and visitors an iconic tourism destination and visitor experience, 180 full time jobs are also open during construction and overall will continue to inject money into the local economy.

The new lagoon precinct is expected to be fully completed and operational by early April.

The 10-level building is situated in the heart of Rockhampton's CBD along Victoria Parade and will include underground car parking.

The project is set for completion this year and Rockhampton residents can expect to see a crane on the city's skyline for the first time in two years. It will be a 14-month construction program and owners are expected to move in by Christmas this year.

The works started last month and will continue for approximately 18 months. While the project won't be completed this year, a large portion of the work is expected to be finalised.

Adani's Carmichael Coal Mine project is set to be delivered for the Rockhampton region after the mining giant announced last year it had selected the city as one of two bases for its operation.

As reports suggests, funding for the mine has been the focus of much political attention in recent months, the company has repeatedly said it remains committed to the $16 billion project. It is expected to see an estimated 10,000 direct and indirect jobs delivered.

At the beginning of 2017, Premier Anastasia Palaszczuk announced a housing project on William Street the first major development in the $14 million CBD Living Project in the heart of Rockhampton City.

The 8 to 12-storey structure will be a mixed between residential and commercial spaces. Its intended completion date for the joint project between the state government and Rockhampton Regional Council was between the end of 2017 through to the end of 2018.

LOFT on the Lane

LOFT on the Lane is a 10-storey development which is set to join Rockhampton's CBD skyline. The developer, Griffin Builders has had the distinction of being involved in projects renowned as much for their innovative design as their diversity.

The project consist of two bedroom apartments, which will be located on the corner of Archer St and Quay Lane are starting from $315,000. It will include two levels of parking and eight storeys of accommodation.

The Rockhampton riverbank revitalisation extends from the upper and lower banks of the Fitzroy River along Quay St between Fitzroy and William Sts and Denham St.

The project is being completed in two stages; the Upper Bank is Stage 1 which was finalised in late 2017 and the Lower Bank, Stage 2, is due for completion in the first quarter of 2018.

In September last year, the Rockhampton Regional Council approved the company's proposed haulage route to transfer pyrites from the historic mine site to Gladstone.

Carbine Resources is pending final approvals and finance in 2018.

The company has spent $11.2 million on the project so far and is committed to about 120 construction jobs and 70 ongoing operating roles.

To stay updated on the above projects and other projects around QLD and associated tenders and contracts, subscribe to Australian Tenders.