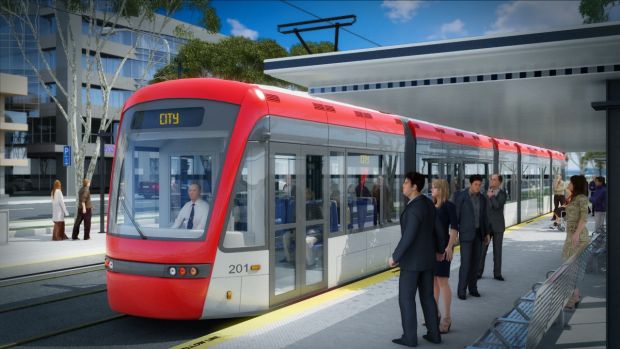 TTF Chief Executive Margy Osmond said the significant investment in Canberra’s integrated public transport network would ensure the nation’s capital was well-positioned to manage population growth and to minimise the cost of congestion.

“TTF is a strong supporter of the Canberra Metro project as it has the potential to transform Canberra and future-proof its public transport network as the city’s population keeps growing and growing,” Ms Osmond said.

“We welcome the $53.5 million commitment for the second stage of light rail between the City and Woden, including the development of a business case, design analysis and procurement activities.

“The project will provide significant opportunities for urban renewal throughout the city, give commuters a real alternative to driving. It will also support growth in the ACT’s tourism sector, assisting those visiting the city to get around.”Ms Osmond said.

The budget embraces the potential for the ACT to also grow its visitor economy, with the establishment of a new Major Events Fund and additional funding to promote Canberra as a holiday and business tourism destination.

“Prior to the Budget, TTF called on the Government to invest in growing the Territory’s visitor economy by recognising the importance of business and major events to the ACT economy,” Ms Osmond said.

“The funding commitment to secure high-yield business and major events is a fantastic investment that will help to grow local jobs and encourage domestic and international visitation and tourism opportunities.

“With the arrival of Canberra’s first international flights last September it was vital the Government continued its investment in promoting Canberra as a tourist destination, and TTF welcomes the funding for VisitCanberra to sell the Territory to Australia and the world.

“TTF also welcomes the $7.5 million over four years to support a range of public events in Canberra including Enlighten, Canberra Day celebrations and SpringOUT.”