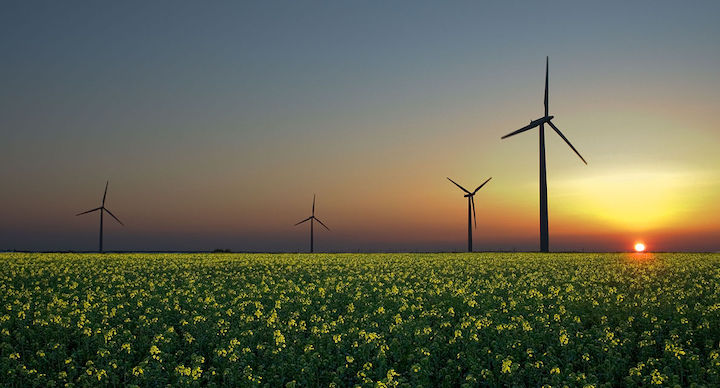 A public release of Request for Proposal is now open in Victoria, the first state to legislate for Victorian Renewable Energy Targets (VRET), marking the commencement of reverse auction.

On Tuesday 31 October 2017, Victoria became the first State in Australia to preserve its renewable energy targets into law. The Victorian Renewable Energy Targets (VRET), legislated in the Renewable Energy (Jobs and Investment) Act 2017 (Vic), seek to ensure that 25 % of the State’s electricity generation comes from renewable sources by 2020, rising to 40 % of generation by 2025. Renewable energy currently contributes 17 per cent of Victoria’s total installed generation, whilst thousands of households across the State have installed rooftop solar.

The public release of this Request for Proposal (RFP) formally marks the commencement of this reverse auction. In this auction, the Victorian Government will award commercial contracts in support of up to 650 MW of new renewable energy generation.

The RFP is broken into four parts;


The RFP contains key information regarding the detailed terms of participating in the auction, all aspects of the design of the auction, technical, eligibility and evaluation specifications, as well as the nature of the State's support over the 15-year Support Agreement. Proponents will also be provided with a range of templates for returnable information outlined in the RFP, including comprehensive financial and technical forecasts.

The successful Proponent(s) will be awarded a ‘Support Agreement’ with the State of Victoria to ensure revenue certainty for renewable energy projects.

How do the ACT’s renewable energy reverse auctions work?

Under the Act Feed-in Tariff (FiT), entitlements can be awarded to support up to 650MW of renewable energy generation. This generation can be anywhere in the National Electricity Market (covering Tasmania, Victoria, South Australia, New South Wales and Queensland, as well as the ACT), provided the projects demonstrate exceptional economic development benefits to ACT renewable energy industries. This flexibility broadens competition and brings down costs.

To commence an auction, a Capacity Release is made by ‘Disallowable Instrument’ under the Act for some part of the 650MW available. The Capacity Release sets out the terms of the release such as the kind of renewable energy source that will be supported (e.g. wind or solar) and where the generators must be located (within the ACT, the Australian Capital Region, or in the National Electricity Market). The Minister can also specify whether capacity is to be allocated by competitive process (auction) or by direct grant.

When a Capacity Release is made, the Government releases a ‘Request for Proposals’ (RFP). This sets out the detailed terms of participating in the auction, how proposals will be considered in relation to ‘value for money’, and the overall governance framework.

Auctions have generally included the following Evaluation Criteria, weighted as described in the table below:

Compensation cap amounts: 10% Proponents must set at what what level compensation will be capped in the event of a future change in Territory law.

The scores are compared to the FiT price that the proposal is seeking to determine the overall ‘value for money’.

Proposals received in Auction rounds are reviewed by an Advisory Panel, who are informed by expert analysis by technical and financial consultants. The process is facilitated by a Secretariat within the Environment and Planning Directorate.

Successful proposals are awarded of a Grant of FiT Entitlement. This is a ‘Notifiable Instrument’ under the Act that outlines who the Proponent is, describes the generating system and outlines the price of the FiT that will be paid for generation.

The Grant of FiT Entitlement Is conditional on the Proponent meeting more detailed conditions and milestones set out in a Deed of Entitlement which is signed by the Government and the Proponent. These conditions include meeting project milestones, minimum generation amounts and commitments made by proponents regarding community engagement and local investment.

Paying the feed-in tariff and the ‘contract for difference’ approach

The FiT is paid to the Proponent on a monthly basis by ACT electricity distributor (ActewAGL Distribution) for the ‘eligible electricity’ generated. Eligible electricity excludes any non-renewables (e.g. gas) and some ancillary services. In addition, the generator must have registered Large-scale Generation Certificates (LGCs) for all eligible generation and transfer them to the Territory.

LGCs provide proof that the generation is from a renewable energy source with each LGC representing one MWh of eligible generation. LGCs are administered by the Commonwealth Government Clean Energy Regulator.

The payments made by ActewAGL Distribution are made based on a ‘contract for difference’ basis. This means ActewAGL Distribution pays the generator, for each MWh, the difference between the generator’s FiT price and the value of that MWh in the wholesale market in the relevant wholesale market pool. This occurs for each 30 minute trading interval and is aggregated and paid monthly in arrears.

In this way, the generator has a very low risk associated with future market prices making the project highly attractive to project developers and financiers. This drives competition in the auction processes and brings down prices.